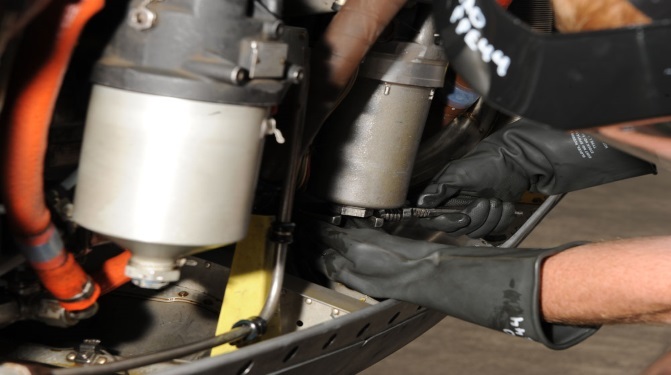 Had an interesting day yesterday.
An aircraft that I am helping launch and inspect
came back with a air conditioning problem
and while doing the post flight inspection
I found an engine oil leak.
We had no O rings in stock to fix the problem
so we grounded the aircraft
until we could get parts.
Hopefully they will be arriving on West Jet this morning.

Did we really have to stop the 'show'?

For the other fellow I was working with it wasn't even a question.
'It's Not going to fly....'

It made me think about my study of 1 Corinthians 5
'sin in the church'.

Just a little sin (by some standards)....
But Paul said, "Stop the bus!"
"Not going to happen on my watch."

It takes authority and courage to 'call it'.
It takes wisdom to know where this could lead
- engine failure in the one case
- sin that leads to destruction in the other.

Daily inspections are mandatory for aircraft.
What about me?

Oh Lord,
What have I become complacent about?
What is 'dripping' that could derail my walk with You?
Open my eyes
that I might see...
Yes, Lord.