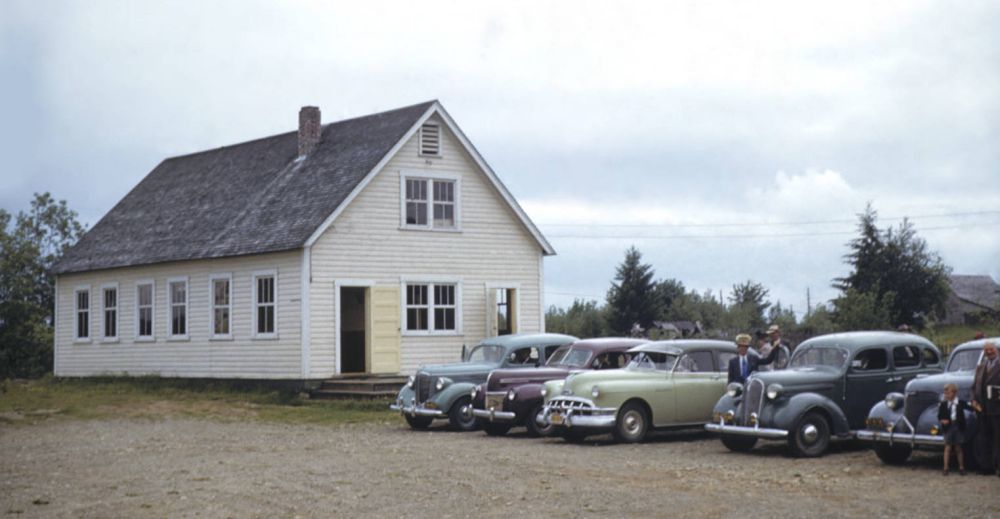 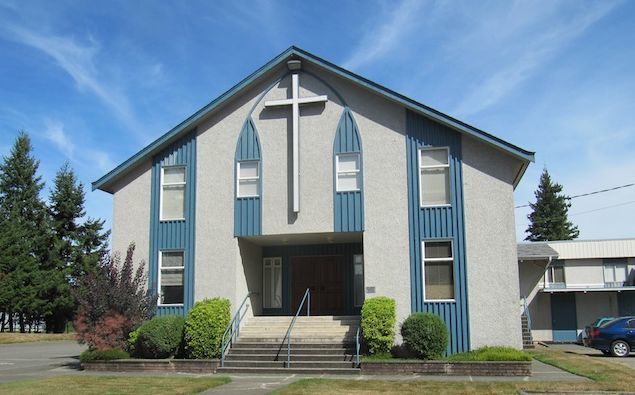 Land for a building site was donated by a Mr. Goertzen and Henry Falk, and a five-dollar per member levy also helped cover costs. The building was dedicated December 1937, and with a 150 seating capacity, served the church until 1953. At this time a new structure, seating about 200 people, was built almost entirely with volunteer labour. The new building was dedicated 11 April 1954 with J. F. Redekop and Johannes A. Harder as guest speakers.

In 1960, the congregation hired Johannes A. Harder as its first paid pastor - John A. Goerz had been the first paid minister. Harder served the church for three years, helping it through a difficult transition to English-language services.

A foyer section with additional Sunday school classes was added in the summer of 1966, and, in 1973, a two storey educational wing was added.

Article edited to reflect changes since 2010